In November 2018, Maine was first in the nation to use Ranked Choice Voting statewide in what turned out to be an incredibly transparent election. The Secretary of State live-streamed the candidate-elimination process, then posted Excel files of all the original ballot data.

Despite the transparency, CD2 incumbent Bruce Poliquin has charged RCV is a “black box” that somehow uses AI. To dispel these false notions, a couple citizen hacktivists independently created their own RCV election tabulators to verify the ultimate winner of the election, and then published their results. Bates professor Nathan Tefft was first to do so, soon followed by Scotty Vercoe, producer of the film The Battle for Ranked Choice Voting, who discovered a nuance unavailable in the official data.

The thought that it’s some kind of AI is laughable. In reality, RCV can be implemented in a few lines of code, and only takes a split-second to run: 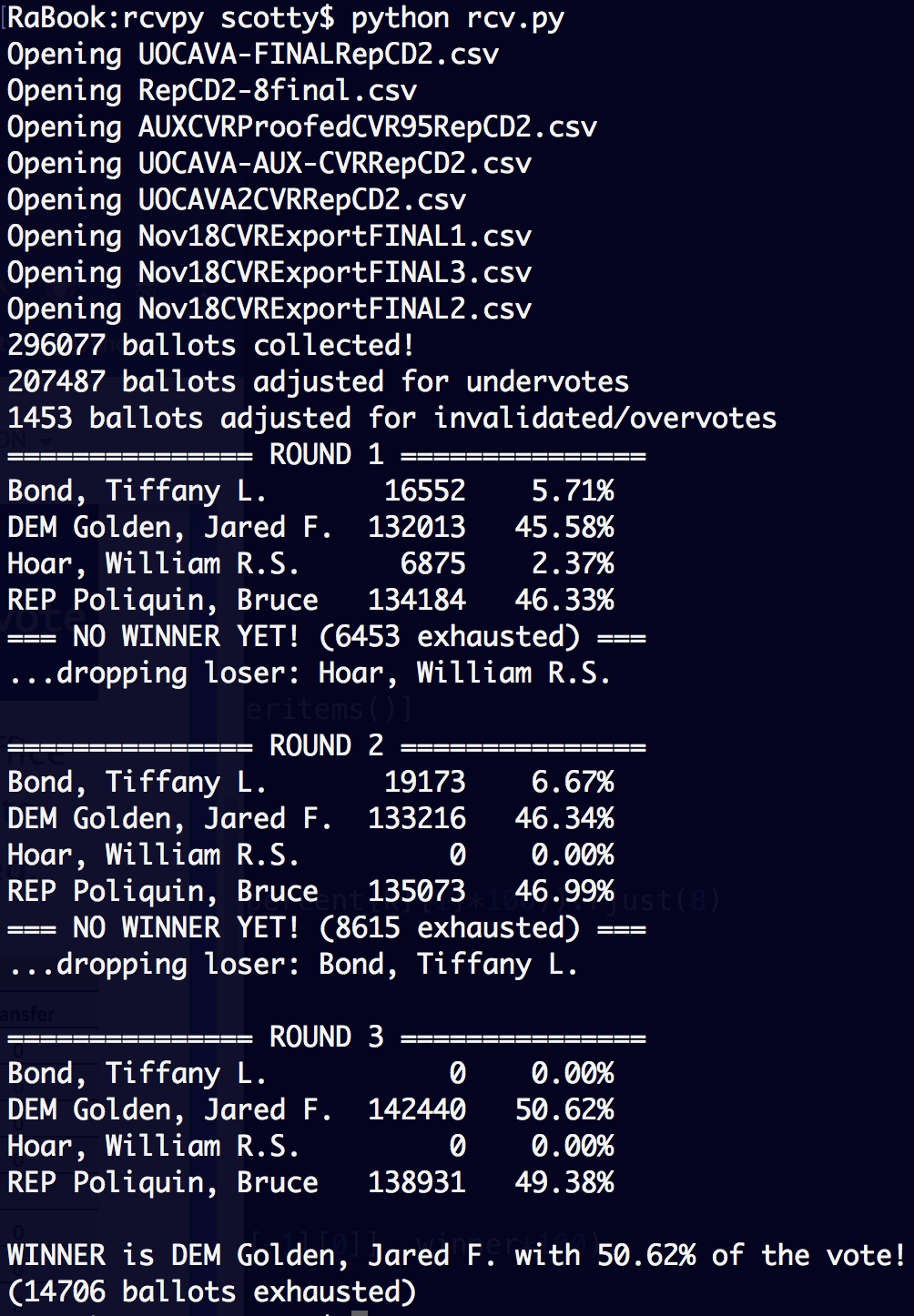 Although using a slightly different approach, I was able to arrive at the exact same results with my Python script as the Secretary of State’s office and Professor Tefft.

But here’s how mine finds the missing data! The Secretary of State’s office used “batch eliminations” based on their mathematical impossibility to win. While this arrives at the winning candidate correctly, we miss some of the drama along the way. It wasn’t until I used runoffs that I could see that candidate Tiffany Bond received a maximum of 6.67% support. This is completely missing from the Secretary of State’s published results, and an important aspect of this election! I’m sure Ms. Bond would agree.

Verify Maine’s CD2 election yourself! Visit our RCV project page on GitHub for all the code, data and detailed instructions. I included all ballot data both for convenience and historical reference.

What other film gives you a code repository?!?

The Committee for Ranked Choice Voting submitted their signatures to the Secretary of State’s office. They collected 75,000 signatures, enough to meet the 61,123 requirement. Now, the people of Maine will use RCV statewide for Read more…